Computing our Way to Space

This week marks a new milestone for the human race: a team of Europeans has landed the first man-made vehicle on a comet. The Philae Lander was launched from the Rosetta probe and has already begun to send back images and data. In addition to the Philae lander, the Rosetta space probe has already added to our knowledge of comets, in an olfactory sense, by identifying the elements that would give the comet, 67P/Churyumov-Gerasimenko, its smell. "Horse urine, rotten eggs, bitter almonds and vinegar - the potent mix of aromas spewing from a comet as it blazes through space, say scientists." [1] Not the prettiest of smells, to be sure.

So why am I talking about comets on a technology blog? To begin with, I think it's cool, which might or might not be reason in and of itself. However, our exploration of modern space is both entirely dependent on computing technology and the progenitor of many of the technologies we utilize daily. After all, the first network of computers was established by DARPA for the purposes of space exploration. This network was the direct ancestor of the modern internet. In Computers and Space Exploration, part of OpenMind, Paul E. Ceruzzi writes:

One facet of history that is forgotten when writing about the Internet is that the aerospace community was among the world’s pioneers in computer networking, but to different ends. ...the advent of the personal computer, the Internet, the wireless telephone, and other advances have brought computing technology to the world at levels that surpass what most had envisioned at the time of the Moon landings.

Our quest as a race to discover what lies beyond our atmosphere has led to many scientific advances and to a greater understanding of our own world. One only has to look at the images of astronaut Chris Hadfield to understand how technology has shaped not only our view of space, but our view of ourselves. Hadfield tweeted several of his photos from the space station, but has now compiled the best of his 45,000 photos into a new book, You Are Here: Around the World in 92 Minutes. My two favorites below: The Nile to Cairo with Tel Aviv in the background; and Manhattan daylight and nightlit. Without the precise mathematical power of computers, we couldn't send a man up to rotate the Earth and send pictures of home, back home to Earth. 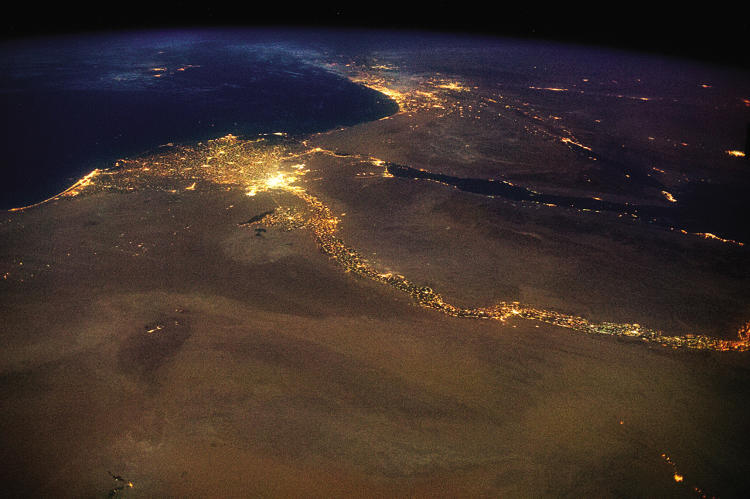 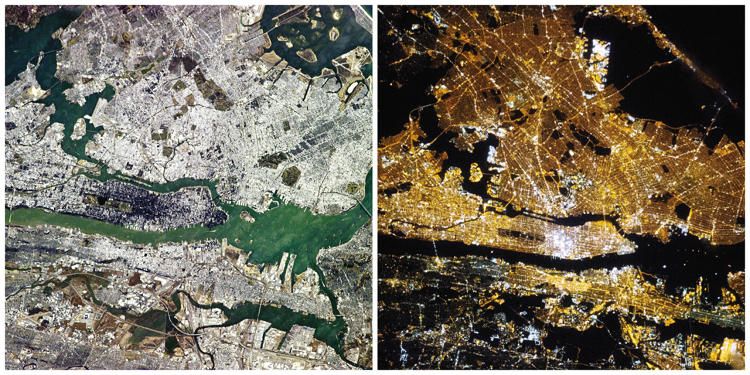