The Rising Tide of Internet Activism

I admit, I'm not a huge Twitter fan. I tweet, entirely for business. It doesn't take much to find "Top Ten Celebrity Feuds on Twitter" or a plethora of narcissistic "shouting" into the internet universe. That being said, Twitter is also a platform for social activism never before realized. In the past few weeks, we've seen the rise of powerful conversations being enacted on Twitter and off. I'm speaking, primarily, of #BringBackOurGirls and #YesAllWomen. 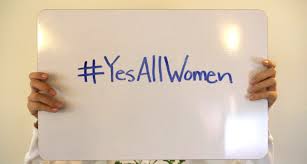 To say these are conversations is probably more accurate than calling them "activism." These past few weeks have given rise to some very, very powerful and sometimes very contentious conversations that have been lighting up both the Twittersphere and some topics in desperate need of illumination. I would encourage all our readers to go to Twitter and search those two hashtags. Being a woman, I would especially point you towards the #YesAllWomen conversation because I believe the conversation taking place therein is one of the most important discussions of this age. That being said, while I titled this post The Rising Tide of Internet Activism, the dialogue taking place across the Internet is not "action." (There have been several recent studies demonstrating that online support of a cause rarely translates into money donated, other people recruited, or action taken). 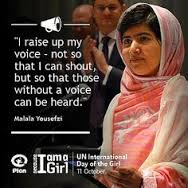 Even so, social media does provide an unprecedented forum for discourse. Much in the same way that the ideal democratic system allows all citizens to cast their vote (essentially, raising their voice to support certain viewpoints and issues), the Internet, with Twitter as its flagship, is a place where everyone's voice counts. This is the power we have given ourselves through our technology. It is a living, breathing, tweeting monument to the power of our ingenuity and achievement. Through technology, we discourse, we dispute, and whether or not we agree with one another, we come together to speak to one another; be it across great distance or across the street. I know I often underestimate the incredible leverage we have created in our technology. These conversations serve to remind me that the uses for our technology can be as important, as powerful, and as enlightening as the technology itself.